There’s reason to believe Snapchat is building smart glasses. That could mean a lot more snaps from a whole new perspective.

If Snapchat made a gadget, what would it be?

That’s not a rhetorical question. The social media startup, currently valued at $16 billion, is recruiting hardware experts for a stealthy new project.

Snapchat now counts nearly a dozen wearable technology vets among its ranks, as well as industrial designers who worked on Nokia phones and Logitech’s popular UE Boom Bluetooth speaker, according to the LinkedIn profiles of employees.

That’s intriguing because Snapchat, which boasts 100 million daily (mostly teen) users, has never produced a single physical product — unless you count merchandise like beach towels and backpacks. The hires suggest Los Angeles-based Snapchat is working on its first piece of consumer hardware. If it succeeds, we might start to think of Snapchat as more than a social network for sharing pictures that disappear.

Perhaps it could be the company that builds a set of smart glasses you’d actually want to wear.

“If they are actually investing in new tech, that could be great,” said a virtual reality entrepreneur, who wasn’t authorized to speak about a potential competitor. “They probably know that most apps in their situation have a limited lifespan and monetization potential.”

A spokeswoman for Snapchat declined to comment on the project.

As Internet giants invest in virtual reality — Facebook paid $2 billion for Oculus, and Google is a key investor in mysterious VR startup Magic Leap — it’s no surprise that Snapchat CEO and co-founder Evan Spiegel might also make a play with smart goggles.

Snapchat in 2014 purchased Vergence Labs, a startup that makes Google Glass-like eyewear that records video of what the wearer sees. Out of 12 former Vergence employees listed on LinkedIn, five still work at Snapchat, including two consumer product designers and a co-founder of the company. 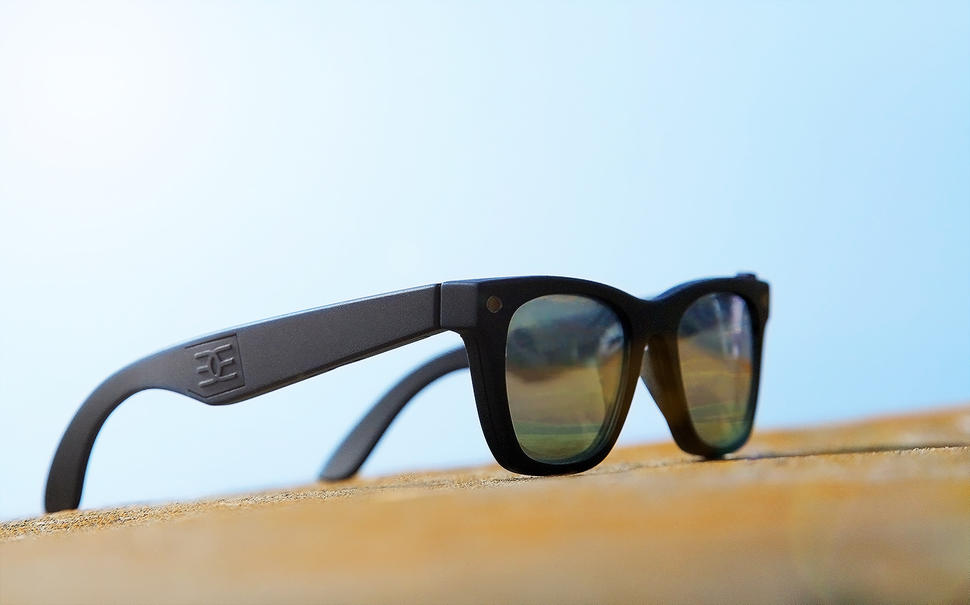 In February 2015, Snapchat began building Snapchat Research, a team now composed of over a dozen scientists and software engineers specializing in computer vision and machine learning. Other big data companies like Google and Facebook use those artificial intelligence techniques to recognize objects or people in the photos you share online. But they’re also important for headsets like Microsoft’s HoloLens, which use computer vision to intelligently scan the environment.

Snapchat, founded in 2011 by three Stanford University students, started out as a way to share photos that would self-destruct after just a few seconds. The idea was to free people from the fear that awkward pictures of themselves shared online might be seen by the wrong people, such as future employers. It also lets celebrities like Lady Gaga, Rihanna and Justin Bieber reach their fans in an ephemeral way.

Imagine a set of glasses that lets you capture videos and photos instantly. Snapchat has already patented one of the easiest ways to record multimedia on a smartphone. You just tap the shutter button in its app to take a picture, or hold it down to record a video instead.

But first, you have to pull out a phone and navigate to the Snapchat app.

As much as Google Glass was demonized, one of its most useful features was a camera that was always ready for action and captured exactly what the wearer saw. A pair of Snapchat glasses could do away with the extra steps involved in snapping a shot, and that could encourage people to use the service even more than they do now.

More people using the service means more ways for Snapchat to figure out how to make money off those fans. Right now, Snapchat makes its money from sponsored images, sponsored photo filters, and by selling the ability to replay an image that has already disappeared.

Mark Dixon, a former Microsoft recruiter for the HoloLens headset, is now a member of Snapchat’s team. A portion of his LinkedIn profile reads: “I’m currently building capabilities for a stealth group here on Venice Beach.” Dixon, who also helped staff Microsoft’s Xbox division, describes himself as “a gadget guy” who’s passionate about “advancements in consumer electronics” at his LinkedIn page.

Eitan Pilipski, who was hired by Snapchat in January as an engineering director, joined after a five-year stint on Qualcomm’s Vuforia team. The Vuforia software harnesses computer vision techniques foraugmented reality, or AR, experiences using smartphones and smart eyewear.

A current Snapchat job posting for a “3D Computer Vision Engineer” suggests another link between the computer vision and consumer electronics efforts. Out of 74 open positions on Snapchat’s job board, it’s one of three listed under a previously unknown “Snap Lab” division.

The only other mention of Snap Lab is in the LinkedIn profile of Kelly Nyland, Snapchat’s new head of marketing, who previously helped popularize the BB-8 Sphero rolling droid toy and the Parrot AR Drone. She’ll handle the “go-2-market strategy” for Snap Lab, according to her LinkedIn profile.

Perhaps the best evidence for smart glasses is that Snapchat has an eyewear designer on its team. Lauryn Morris created frames for Michael Kors, Innovega and Zac Posen, according to her personal website. Her LinkedIn profile says she joined Snapchat in November 2014, around the time of the Vergence Labs acquisition.

Two of Snapchat’s engineers also have expertise in gaze tracking and speech recognition, according to their LinkedIn profiles. Both would be useful for a headset. And one former Snapchat employee wrotethat he designed “highly miniaturized and very low power electronics” for Snapchat before he left in January. The last time he designed “highly miniaturized” electronics was for Eyefluence, the startup that built these eye-tracking glasses.

It’s not certain Snapchat will actually produce a set of smart glasses, even if it’s working on them. It’s also not clear what they would look like or how much they might cost. But Snapchat is aware of the perception problem that doomed Google’s Glass headset three years ago.

In 2013, Snapchat’s CEO was asked if he would produce a version of the Snapchat app for Google Glass. Spiegel’s reply via The Huffington Post: “[Y]ou kind of feel like you have a gun pointed at you, and that doesn’t fit into the Snapchat experience and certainly doesn’t make Snapchatters feel comfortable — so that’s not something we’re willing to explore right now.”

Maybe the fear of that gun, like Snapchat’s disappearing photos, will vanish over time.