Top 10 Animals That Don’t Have Asses

Michael Townes
One of the largest, softest, most complex areas of the human body is the ass. That asses are both sexual and fecal seems vaguely confusing. One considers the dual nature of asses and thinks “Freud, did Freud write about this, seems like he didn’t, seems like maybe he didn’t.” Asses are actually pretty rare. They seem to manifest mostly on mammals with 4 limbs of a certain length. Studies have shown that the ass evolved from the tail. 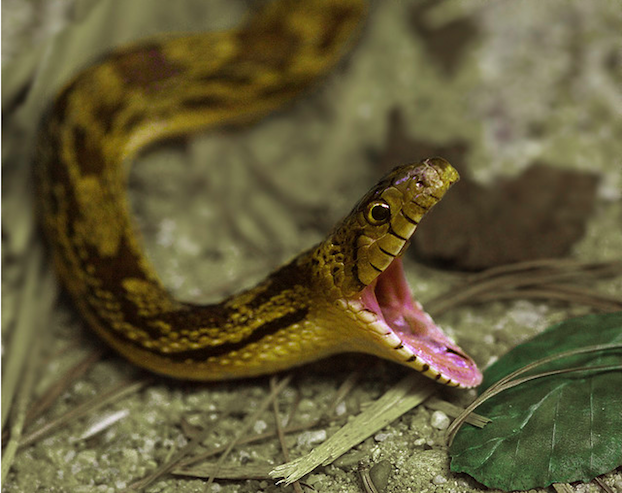 Idly representing the reptile kingdom’s “boringer” animals that don’t have asses, the Snake’s fan-base is surprisingly varied: certain Christians enjoy holding them at noncommittal distances while dancing and emitting noises, children in non-gated communities with 20-40% of the lots perpetually “under construction” enjoy attacking them in their own environments with shovels, adults sometimes vaguely enjoy storing them in 50-gallon fish-tanks. It has been said that when God created Snakes he began with the Cobra and accidentally placed the ass on the face, then sort of “gave up,” interpreting the majorly egregious error as an metaphor for [God stopped thinking about it at this point]. 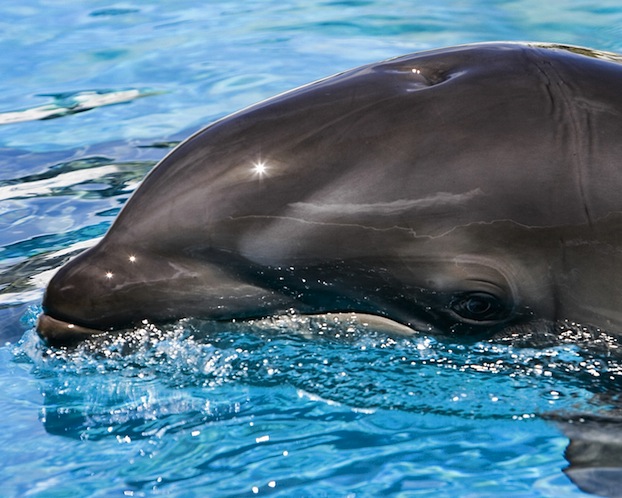 Perhaps the most intelligent animal that doesn’t have an ass, the Dolphin seems like it would probably have a sexy ass, due to its muscularly smooth [everything, it seems]. In 1994 Esquire was actually going to publish an unsolicited essay from [mid-list author with 3 novels from Knopf] about the 15 loveliest asses he’d seen on TV the past 6 months that earnestly included specific Dolphins from The Discovery Channel as #14 and #6, but a fact-checker rightly said that Dolphins don’t have asses and the managing editor sort of lost interest after that, not responding to [aforementioned author]’s follow-up emails for weeks, then months, then ever—apparently the managing editor simply never responded. I just typed “lol” then deleted it. 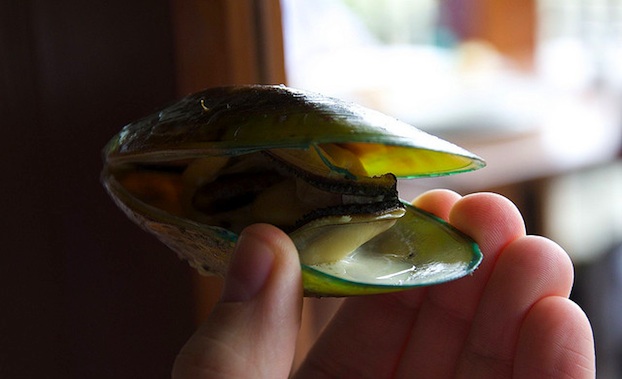 Representing the completely assless mollusk kingdom, many have argued—out of boredom—that the Mussel is “all ass.” Due to complicatedly bureaucratic reasons no one, to this day, has been able to even vaguely articulate, many scientists, from 1931 to 2007, were lawfully forced to process, convey, and earnestly believe the Mussel’s shell to be its ass, but then the same faction who successfully made everyone stop calling Pluto a planet was able to do the same with mussel-shells/asses, despite meager funding and an initial string of failed reddit.com campaigns. 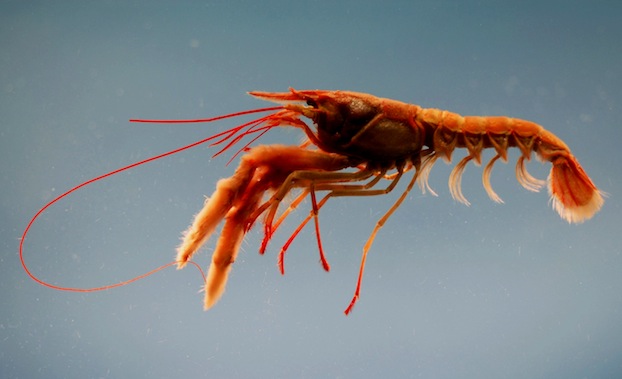 Economically important when heated and placed near butter, the Lobster seems like the kind of assless animal that would gain inexplicable popularity in the 1890s and again in the 1960s, then disappear entirely, into Mexico City. It’s been rumored that a mysterious and annoying group of precocious children somewhere have speculated that the lobster’s ass can probably be located somewhere beneath its shell, between the tail and the head, or something, but people so far have reflexively eaten that part without thinking anything—about anything, apparently—defaultedly opting to not look at it a little in a mildly scientific manner, allowing the lobster to secure placement on this list every year since 1985, a trend that is expected to continue forever. 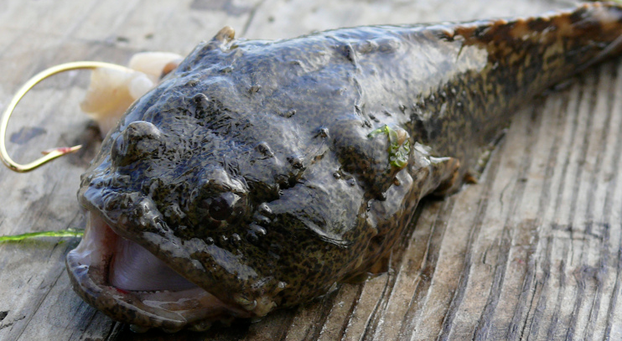 It has been said that when God created the Ugly Fish he momentarily forgot he was creating things to exist in concrete reality, rather than in abstraction, or in “art,” and therefore would be subject to cause-and-effect/time/[other physical laws] that allow crippling loneliness and severe depression to manifest in specific consciousnesses. To solve this, it has been said, God idly inserted passages into The Bible differentiating between humans and animals. Then God realized that Ugly Fish would be having relationships with other Ugly Fish—not Salmon, or Wrasse, or something—and so wouldn’t feel uglier in terms of [God stopped thinking about it at this point].

Modern Taiwanese lore states that the Giant Squid was created when a Sperm Whale, neurotically obsessed with wanting an ass, attempted to cut its tail into something—anything—resembling an ass, creating 10 tentacles. Severely depressed, the Sperm Whale, whose childhood had been largely carefree and even happy, though perhaps lonelier than most, floated in place with a catatonic facial expression and was dyed red by its own blood. A 14-year inquiry (which began as a graduate thesis on rap music) into the origins of this lore concluded that “in terms of balancing affect and analytical thought for maximum effect, 7.41 seconds is the ideal length, generalizing the entire human population as an audience, to show a Giant Squid and a Sperm Whale in battle, in a museum, to end The Squid and the Whale, which showed the image for 5.76 seconds,” a nonsequitur that the author defended in a rant-like manner (“…not a nonsequitur, it’s an unconventional and weird but true etiology, does something need to originate in a book or person, I don’t think so, David Lynch doesn’t make sense and people love that…”) in the comments section of the online magazine that published the 10,540-word article. 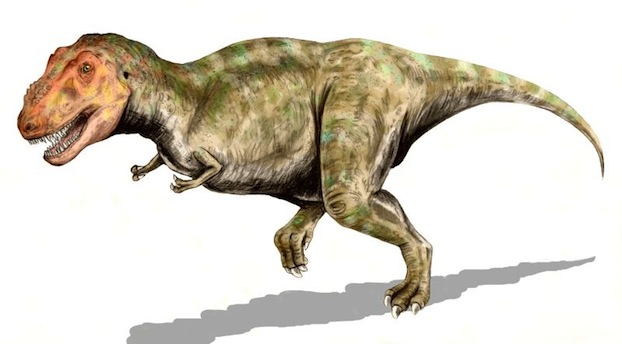 Its combination of “killing rampage” demeanor/persona, massive head, seemingly always-open mouth, and tiny arms has made the Tyrannosaurus Rex one of the most profitable pop-culture fixtures in the 20th century. Despite not accomplishing anything except standing, walking, running, eating, drinking, sleeping, and mating the Tyrannosaurus Rex, who additionally has been extinct ~65.5 million years, has a longer Wikipedia page than Ernest Hemingway, a testament to the unique power of its brand. I just thought “I hate my life” in a tonally incomprehensible manner. Many expect the Tyrannosaurus Rex to be the centerpiece or perpetrator of something utterly, insanely, iconically unprecedented in something like (the year) 3,506,039,302. 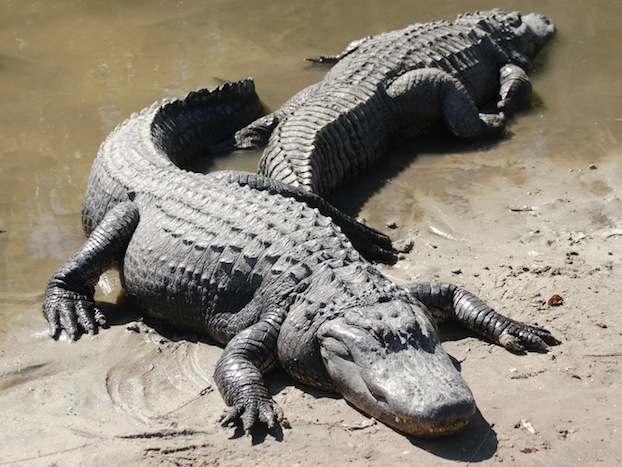 It’s honestly unknown how the Alligator—a sluggishly powerful, obese, boring animal whose sole predatory strategy is to repeatedly “roll” in place after biting into something, it seems—came to be ranked #3 on this list, mostly because inquiries have not been made. Our shared email account contains an email with the subject line “Alligator?” from [email protected], likely to express worry that the Alligator’s inexplicable placement might have caused the Amoeba to not rank this year (the Amoeba was #9 last year, garnering 3 energy drink sponsorships in Japan), but it remains unread and I think someone deleted it a few days ago, because I don’t remember seeing it recently.

The Hamster and the Ocean Sunfish—two otherwise almost perfectly disparate animals—don’t have asses in the same manner: their heads are also their bodies. Efforts at combining these powerfully assless animals into one land-sea “powerhouse” have not advanced beyond the stage represented by this sentence. In late-2009 a group of people on Tumblr, in conjunction with a group of people who post regularly on an “abandoned” Bright Eyes messageboard, noticing that assless animals often have neutral facial expressions and humans often have non-neutral facial expressions, especially those with large or otherwise notable asses, collaboratedly speculated on a connection between facial expressions and asses to profitably viral results (I’m referring to the arguably 4D Venn diagram that was reblogged 498 times and “liked” 2453 times in a 72-hour period and then sold in simplified form on shirts and tote bags and posters and stickers). 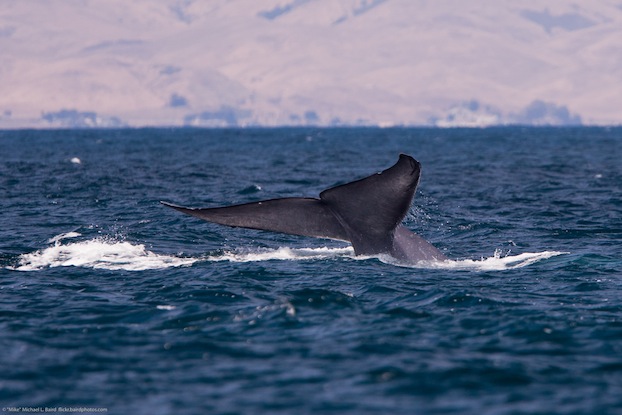 Known affectionately as The Assless Champion, the Blue Whale actually earnestly believes that it has an ass and struggles daily with what animals with asses struggle with, in terms of asses, according to an anomalously large contingency of Yale students who directed their dissatisfaction with The Obama Administration (itself a misdirection of something else) into convincing mainstream America that they could read Blue Whale brainscans as easily as the normal American can read McDonald’s menus. The incredible success of the Yale students ultimately caused the Blue Whale to be unconditionally revered by most American households, as it became reflexive and desirable (via vicariousness) to interpret every Blue Whale “questionable action” (or victimization) as an endearingly tragic result of (or overwhelmingly unfair addition to) their complex body-image misconceptions related to wanting to be beautiful in an impossible manner.