Very Ethical: This Slaughterhouse Lets The Animals Get A Few Shots In Before They Kill Them

Uncategorized
Very Ethical: This Slaughterhouse Lets The Animals Get A Few Shots In Before They Kill Them 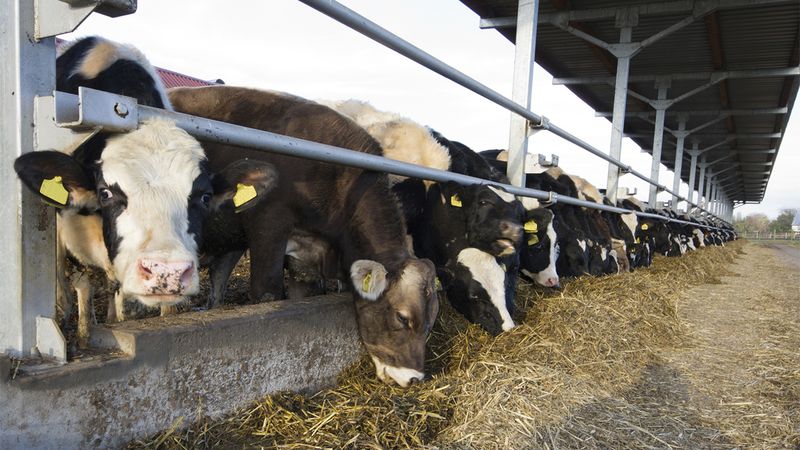 Whether or not you eat meat, one thing everyone can agree on is that when animals are slaughtered for food, it should be done in an ethical manner that minimizes suffering and preserves the creature’s dignity. That’s why one Nebraska-based farming company is introducing a humane new approach to slaughtering animals that could change the industry forever: letting the cows get in a few shots before they kill them.

Yup. Fairview Farms Inc., an Omaha slaughterhouse that raises and processes hundreds of cattle a year, is earning the praise of animal rights organizations and the meat industry alike for its unique new approach to ethical killing. Shortly before a cow is slaughtered, the animal is brought into a small outdoor pen where a Fairview employee in a padded protective bodysuit is waiting. There, the animal is permitted to kick or headbutt the employee as much as it pleases during a two-minute window. If the cow doesn’t immediately seem interested in doling out punishment to its human handler, it’s encouraged to do so through a couple whacks to the ribs with a Wiffle ball bat, or, if that fails, a firm pinch on the tail with a pair of pliers.

After the cow has knocked around its handler for a while, the employee lies down on the ground in faux defeat, and enthusiastic mooing sounds play over a loudspeaker to give the animal the illusion that it’s being cheered on by its bovine peers. Then, the cow—still blissful from having battered a human—is led into a metal squeeze chute where a heavy steel bolt is driven into its brain with a powerful blast of compressed air, killing the animal instantly and painlessly.

“It slows down our facility’s output a bit, but we just want to make sure the cows get to have a little fun before they die,” says Fairview Farms CEO Ben Jacobson about the humane new slaughtering practice. “When they’re kicking you around, they’re like little kids on Christmas. And we think that’s the least we can do for them to make their final moments special.”

Wow! Even if you don’t eat meat, you’ve got to admit that this is a pretty awesome and thoughtful way to show these animals respect before they’re slaughtered. Truly, they’re going out on a high note!