When I See Pictures Of Oil-Soaked Animals, I Want To Lick Them All Clean

Uncategorized
When I See Pictures Of Oil-Soaked Animals, I Want To Lick Them All Clean 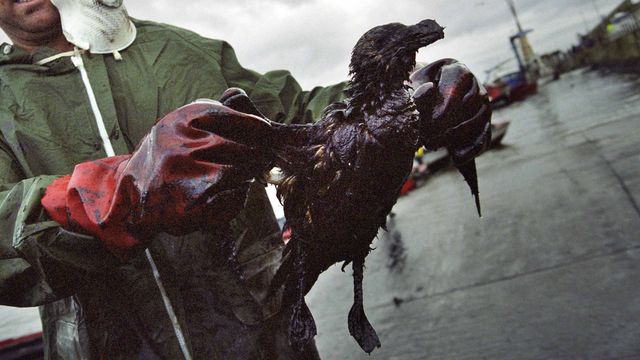 As the CEO of British Petroleum, I am very familiar with my company’s spotty environmental track record. While I am proud of the work we do to provide energy to people all over the world, the fact remains that we have made many mistakes in the past—most notably the disastrous Deepwater Horizon oil spill in 2010, which had devastating consequences for the entire Gulf Coast.

This event still weighs heavily on my conscience, and that’s why I think everyone should know that whenever I see photos of animals soaked in oil, I want to lick them all clean.

Of course, I am painfully aware that nothing I can do will ever reverse the damage that BP brought about during that disaster. I know that even if I took every single oil-covered animal that suffered as a result of BP’s mistakes and licked all of them over and over again until there wasn’t a single speck of oil left, it wouldn’t make up for the massive ecological setbacks we caused. Nevertheless, the sight of these oil-soaked animals is tragic, and even the opportunity to take a single petroleum-drenched seabird and lap the oil right out of its feathers with my tongue would lift my spirits greatly.

…animals drenched in the oil of ExxonMobil, in the oil of Chevron, Citgo, and Shell, should all be licked clean—and I would be happy to do it.

Also, I should be clear: I am not limiting myself to licking clean those animals covered in BP oil. I believe that animals drenched in the oil of ExxonMobil, in the oil of Chevron, Citgo, and Shell, should all be licked clean—and I would be happy to do it. Whether they are turtles, otters, lizards, or crows. I don’t care. Bring them to me and I will receive them, arms open and tongue extended.

Can I promise that there will never be another oil spill? Of course not. But I can promise that if there ever is, I will be the first person down at the beach, scooping up petroleum-soaked seals out of the ocean and slurping the oil off of them with the poise and professionalism befitting the CEO of the world’s most profitable oil company.

It’s never too late to start making a difference.